Situations when you need a Private Investigator
How are cases like paternal child custody dealt by private investigators?

Private investigators in Oklahoma City are often hired for handling infidelity, theft, corporate fraud, and other criminal cases. Such cases do not necessarily need them to be a part of physical action during their day at work.

The reason for the false perception of private investigators that has made its roots strong in our minds is various TV shows and movies. Private investigators are often portrayed on the screen as law enforcement agents. They are often found in the middle of some crime scene action, which they hardly have a link with, in real life.

What private investigators mostly do on a routine day at work

The work of a private investigator mostly involves a lot of paperwork and handling of various documents. If a PI is hired to handle a corporate fraud case, they would be required to check the suspect’s background and go through their criminal records. They would also check the suspect’s financial history and see how they have been with their credit record to look out for any suspicious activity. 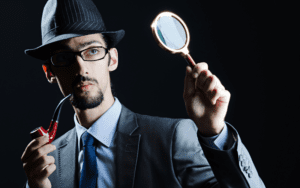 So, if you require a private investigator, Keefe Private Investigations is just the right place for you. We are a professional service provider. Our prime objective is to offload all our clients’ worries and assure that they leave the case on us!