Why You Shouldn’t Underestimate Female Investigators

Why You Shouldn’t Underestimate Female Investigators 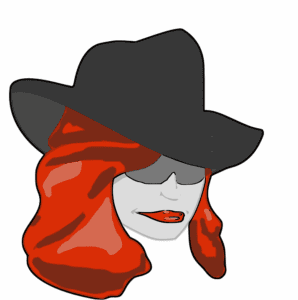 It is probably highly unnecessary at this point to point out that if men can be private investigators, then women obviously also can! However, with the role the media has played in showcasing private investigators is not only quite inaccurate, but mainly shows males as private detectives. Thus, in their minds, people portray investigators to usually be males who shoot guns a lot and wear many disguises, staying hidden. Women are usually shown to use their ‘sexual prowess’ to get the scoop that they’re looking for.

In the real world, investigators work very differently and have to follow the law just like everyone else. Women, especially, also have made tremendous contributions to the private investigation industry and are excellent at what they do. And this is why a female private investigator should never be underestimated:

Most people think that women love to talk and gossip. Discussing about other people’s lives is their hobby. Thus, people can use this negative stereotype to their advantage! When a female private detective is on the job, they can get more intrusive and ask more questions than men, who seem shady when they do so. A female private investigator from Oklahoma City is more likely to be trusted by strangers than random men.

Women, by nature, are more observant and cautious of their surroundings as they have been often raised to be this way. This can in many cases give them an upper hand during an investigation.

If a woman makes small talks with a neighbor from the other side of the fence, she is very unlikely to be suspected of an ulterior motive. She can wait longer outside a house without being questioned or suspected.

Most male detectives can hardly change up their look when doing undercover. Women usually have the advantage to easily and efficiently change up their appearance! They can go from carrying a casual look to looking like a CEO all in good time and to great effect.

Women are more likely to be trusted by clients as well as they are better at putting people at ease and making them feel comfortable. They are less likely to look threatening, and thus it can also make it easier for a female private investigator from OKC to get information out of someone without alarming them or making them feel threatened.

If people are going to stereotype women, why not use it to their advantage? Female private detectives are highly respectable individuals who are great in their field and should be treated with due respect and trust and should not be underestimated just because of their sex.