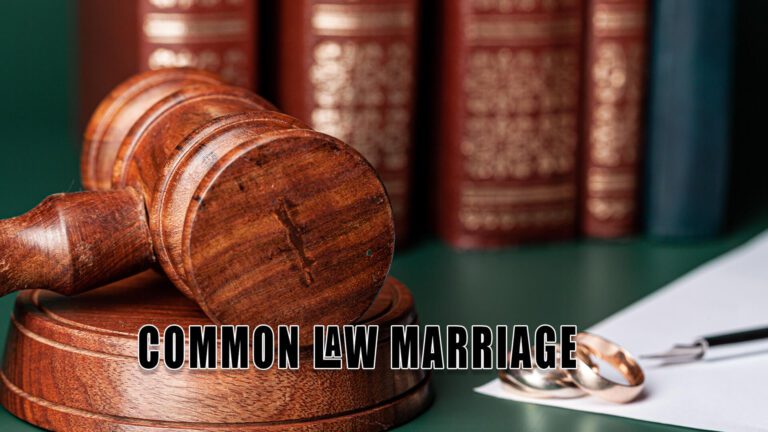 Since the days of horse and buggy in 1877, common-law marriage has existed in the United States. While it may appear to be an archaic form of marriage, it is still legal in ten states and the District of Columbia. In addition, five states, with some restrictions, recognize common law marriage. 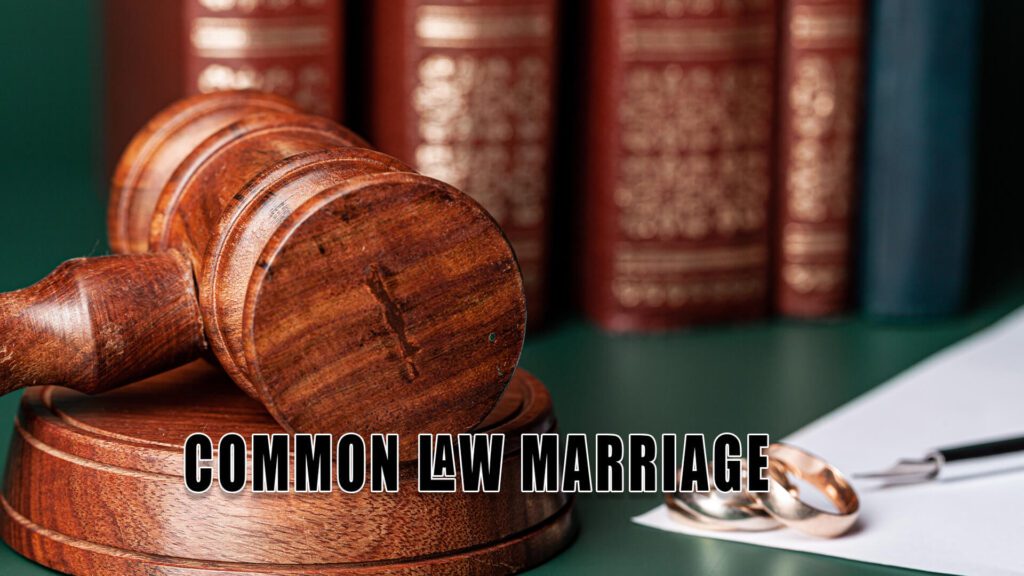 This article defines common law marriage, discusses which states recognise it, how to enter into one, and what factors courts consider when deciding whether one exists.

What is common law marriage?

A common law marriage occurs when a couple lives together for an extended period and presents themselves to friends, family, and the community as “married,” without ever having a formal ceremony or obtaining a marriage license.

The three most common requirements in most states are listed below (keep in mind that “living together” is not enough to validate a common-law marriage).

You must live together (the amount of time varies by State).

You must both have the legal right to marry, also known as “capacity to marry.”

You and your partner must present yourselves as a married couple to friends and family.

Colorado: For a common-law marriage to exist in Colorado, the cohabitation of the common-law spouses and their reputation for being married must be established (on or after Sept. 1, 2006).

The District of Columbia: In the District, a common-law marriage is established by the parties’ explicit intent to marry, their cohabitation for an extended period, and their public portrayal as a married couple.

Iowa: In Iowa, a common-law marriage is established by the parties’ intent and agreement to marry, their continuous cohabitation, and public declarations that they are spouses.

Kansas: In order for a common-law marriage to exist in Kansas, the spouses must have the mental capacity to marry, agree to be married at the time, and publicly represent that they are married.

Montana: In Montana, the parties must have the capacity to consent to marriage, agree to be married, cohabitate, and have a reputation for the wedding.

New Hampshire: recognizes common-law marriages for couples who cohabitate and present themselves as married for at least three years.

Oklahoma: A common-law marriage requires the parties to be competent, agree to enter into a marriage relationship, and cohabitate.

Rhode Island: In Rhode Island, a common law marriage exists if the couple has a serious intent to marry and engages in behavior that leads others in the community to believe they are married.

South Carolina: A common law marriage may be established in this state if a couple intends for others to believe they are married.

Texas: A common law marriage exists in Texas when a couple signs a form provided by the county clerk, agrees to be married, cohabitates, and represents to others that they are married.

Utah: Utah recognizes common law marriage if the couple is of legal marriageable age, has lived together, treating each other as spouses, and presents themselves as married.

An overview of how the law treats property owned by unmarried couples. Learn about the legal status of available property owners, how property is divided if the relationship ends, and what happens to property when a partner dies.

You won’t have to go through the marriage process if you establish a common-law marriage, but you will have to prove your union is genuine.

This varies by state, but it typically entails documentation showing a long-term domestic partnership. In Texas, for example, establishing a common-law marriage needs documentation that you’ve agreed to be married and have lived together as a married couple in Texas.

The following are some examples of documents that can prove the existence of common-law marriage.

In which states are common law marriages recognized?

Is it legal for my common-law marriage to change my last name?

No, not necessarily. However, anyone can change their name as long as it is for a legitimate, non-fraudulent reason. If you want to change your name, start using it consistently and update all of your accounts, memberships, and identification documents.

Most private entities respect name changes based on usage. However, with the threat of identity theft and fraud, fewer and fewer companies are willing to change your name without legal documentation of your name change.

When you marry in a traditional marriage, you receive marriage records that prove your new name. People who match by common law, on the other hand, do not have marriage records. In this case, you’ll need a court order to change your name.

This documentation helps prove to private entities, such as banks that you legally changed your name. Still, it is required by government entities to change things like your state-issued identification card, passport, and social security card.

How can I obtain a common law divorce?

There is no such thing as a common-law divorce in the legal sense. However, suppose you are in a legally recognized informal marriage and wish to end the relationship.

In that case, you must obtain a regular divorce in the same way that any other ceremonially married couple would. Many spouses hire divorce attorneys because the court must decide on child support and custody, spousal support, and property division.

Suppose you were married by common law and moved to a state that does not recognize them. In that case, you must still obtain a legal divorce in that state, just as if you were ceremonially married.

This is because all states recognize marriages between residents of different states. Therefore, you are still married if you move to another state, and you must obtain a legal divorce if you want to end the marriage.

Do You Need Professional Legal Assistance With Your Common Law Marriage?

State common law marriage laws will play a role in various scenarios, such as when couples relocate across state lines. For example, you may be considering divorce but are unsure whether your union is legally recognized as a marriage in the first place. Suppose you have any questions about your state’s marriage laws. In that case, you should consult with an experienced family law attorney in your area.