Is Your Child Hanging Out With The Wrong Crowd? Hire A Private Investigator To Find Out! 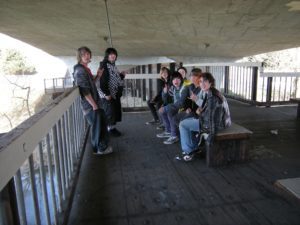 Ah teens – They think they know it all, and do not need any guidance. They feel insanely powerful and rebellious, like they can do anything and especially the things they are told not to do. Obviously, not all teens are like that, however, they are more susceptible to start doing things out of the ordinary because they feel frustrated. After all, being a teenager is hard. More often than not, they start putting up walls with their parents, keep things to themselves and demand privacy. However, this can be dangerous, especially if they start hanging out with the wrong crowd. Here is why you should hire a private investigator if you feel like your child is in danger or hanging out with the wrong crowd.

Kids and teens alike love the attention of those cool older people who are wise and seem to have extremely fun lives. They don’t like being told what to do and want to lead their lives however they see fit. This can lead them to hang out with older crowds, who may introduce them to intoxicants that no person their age should be consuming. They will want to stay out at late hours of the night which can be dangerous. You never know with kids these days. A private detective can help you know where your child is and what they are doing and if you should be concerned or not.

Teens, when bitten by the love bug are extremely hard to get through to. Maybe they are in a relationship with someone who is abusive or makes them do things that are illegal or are dating someone who is over 18. Teens would often hide such facts, which can become quite troublesome if you do not hire a private investigator from Oklahoma City to figure out what is going on.

If you are a parent who had a bright child who was studious, loving and well-behaved but they have suddenly become rebellious, rude and secretive, they may be hanging with the wrong crowd. The desire to fit in and be popular is very common amongst the youngsters, who are going through a crucial time of development. The ‘cool’ kids may encourage them to not study, ditch school, do drugs and drink. They may be bullied and made to do dangerous tasks by classmates through pressure as well. If you fear that this may have started happening to your child, a private investigator from OKC can seek out your child and their friends group to see what they are up to.

All in all, it is normal for kids to act out, change friends and do things that you did not expect them too. It can become terrible though if they are being heavily influenced by the wrong people, as kids and teens are extremely impressionable.