Can a Private Investigator in OKC Arrest Someone Suspect of Carrying Marijuana?

Private investigators in OKC will often take on various cases that other law enforcement officials will not take. Sometimes the time needed to solve the case far outweighs any time they could give. And other times, they just do not have the resources to spend on the case, so it often goes down to the end of the pile. So when people do not get the help they need from regular law enforcement, they will usually go to private investigators instead. 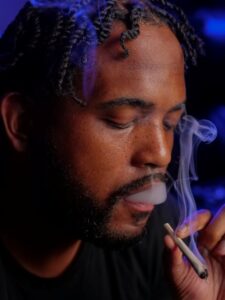 From finding people to finding out information about cheating spouses, they can take on various cases. But the important thing about them is that they render their services for money, which is where a lot of the stigma initially comes from. And even though they are not the police, there was once a time when they took on the responsibilities of other law enforcement.

And despite them taking on these cases, private investigators in Oklahoma City will take very serious risks. These cases can put their safety and lives at risk at times, so their line of work can be a little dangerous. Furthermore, they can face a considerable amount of friction from local law enforcement, as they still have something of a reputation.

However, since they take on these responsibilities that are very similar to that of a police officer, the question is if they can exercise the law the same way. This is a very important distinction since many people think that private investigators in Oklahoma City can exercise the law in the same way. More specifically, can a private investigator arrest an individual if they are holding marijuana?

A Private Investigator in Oklahoma City Is Not a Police Officer

It is important to understand that private investigators are not police officers, even if they are holding a gun. Instead, they are more similar to citizens than dedicated law enforcement officials, which means that they cannot arrest an individual as a police officer. But that is not to say that a private investigator in Oklahoma City can make a citizen’s arrest, but even that has very specific circumstances.

However, as long as an individual believes that someone is committing a crime, they can arrest the individual and bring them to the nearest police station. So if the private investigator saw that an individual was driving while they were high or drunk or was engaging in public indecency, they could arrest the perpetrator.

Now that we have established how a private detective in Oklahoma City can make an arrest, we can move to talk about arresting an individual who is holding marijuana. Medical use of marijuana is allowed in Oklahoma, but recreational use is completely off-limits. Furthermore, certain laws also prohibit individuals from possessing marijuana, making it a crime.

Therefore, under these specific guidelines, a private investigator in Oklahoma City can arrest an individual if they suspect they are holding marijuana. However, they will need probable cause to initiate the arrest, as the individual could call for a lawsuit against the PI. But if they can find marijuana from an individual, the private detective in Oklahoma can arrest the perpetrator. Once they apprehend the individual, they simply need to transport them to a police station.

The Over-Policing of Marijuana

Marijuana has had an extremely bad rep throughout the years, given the years of misinformation spread by various political figures. The history of demonizing marijuana has a long and quite racist history, where people were looked down on for smoking it. Therefore, despite it being significantly safer than almost any other type of drug, it is still the most criminalized. Therefore, the automatic reaction for most people to someone smoking marijuana or carrying it would be to arrest them or have them arrested.

This sort of automatic reaction to seeing marijuana is deeply problematic and contributes to a much larger issue about how we think about it. Therefore, even if a private investigator in Oklahoma City does see a suspect carrying marijuana, they do not have to arrest them or take any action.

The movement to legalize the recreational use of marijuana has more to do with the image it has garnered rather than just having a fun drug to smoke. While some love the idea of legalizing weed so they can smoke it wherever they want, others want to get rid of the stigma surrounding it. And that stigma will not go away unless people, like a private investigator in OKC, stop treating it like a crime. So they do not have to get righteous about someone holding some weed and can instead go about their day.

However, there are a few instances where individuals might be endangering themselves or someone else. For example, individual smoking marijuana proceeds to sit in the driver’s seat. This is not only safe for themselves, but it could prove to be dangerous for anyone walking on the street. Therefore, first talking to them and prompting a citizen’s arrest is the best way to go about it.

But these smaller instances of problems can be rare, so profiling an individual is never a good idea as it could even lead to a false arrest and conviction.

A good private investigator is versatile in the different tasks that they can compete in, and they are very effective at giving you the results you desire. So if you want to find a versatile private investigator in OKC, Keefe Private Investigation can certainly help. Our private investigators have the skills and the experience to solve a case quickly. From delivering papers as a process server in Oklahoma to finding someone using skip tracing in OKC, they can help.

So if you want the help of a professional private detective in Oklahoma City, KPI can offer you the services you need and much more.