How to Protect Yourself as a Process Server in Oklahoma City?

The service of process exists in the U.S. to safeguard people’s rights to due legal process. If someone is being sued or is ordered to appear in court, they have the right to be informed about the process. Now we all know that no legal process can begin until Oklahoma Judicial Process Servers verify that they particularly served the required legal document to the concerned party.

Process Servers Are Not Always Welcomed

Admit it: no one is ever looking forward to meeting a process server in Oklahoma City, particularly when they have court paperwork, they must deliver to you. These documents always mean bad news for the defendants, as they can include anything from court subpoenas eviction notices to divorce papers. Most of the time, these deliveries occur when people face desperate circumstances. In essence, process servers are forced to become the bringer of bad news. They can stay safe only because of the philosophy of “Don’t shoot the messenger,” which seems relevant in their field of work. 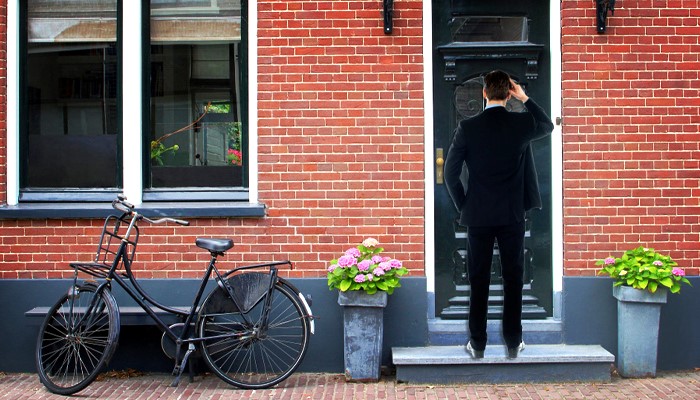 However, that is also not always the case, as these legal workers often find themselves on the receiving end of a serving party’s anger and frustrations.

Thus, the presence of a process server is mandatory in such situations and the chances of the legal worker running into all sorts of trouble caused by a disgruntled or dangerous client.

A great risk and concern for process servers is the use of weapons against them. They are often considered trespassers by the residents. Also, serving parties with malicious intent would use weapons to threaten servers or even shoot at them in the worst-case scenario.

Cases have been reported throughout Oklahoma City where a process server was shot at with an airsoft gun while another server was held at gunpoint by the recipient.

Another significant danger factor is animals, especially when they are purposefully used to fulfill violent intent. As a result, most residences are guarded by a watchdog or, in most cases, by more than one dog.

These otherwise docile and harmless pets can be as big a threat to process servers as they are to mailmen or delivery workers. Even a cat can be trained to pounce on a visitor and scratch their face.

It happened to a process server in Tulsa, Oklahoma, where an angered recipient sent his bullmastiff dog to attack the server. As a result, his arm and leg were severely injured before he was rescued.

In addition to guns and trained animals, a process server can also end up facing just plain physical force. Process servers have been beaten and punched in the face. Some have also had their vehicles damaged by angry recipients. There have been cases that involved baseball bats, and at another time, a person repeatedly kicked the car of a process server, causing significant damage.

Considering this short collection of real-life examples of assaulted process servers, we can determine that it’s imperative for these legal workers to practice caution and take all necessary steps to stay safe and unharmed.

Steps to Ensure Process Server’s Safety and Well Being

There are a lot of servers that can be considered the daredevils of their occupation because they claim that being in a risky situation is part of the thrill.

“It’s a cat and mouse game,” said a veteran process server in Edmond, Oklahoma. “You just hope you’re the cat more than the mouse.”

It is not an understatement that process servers are the essential foot soldiers of the legal system. Almost every major court case demands some form of “service,” or even the delivery of documentation informing someone that a legal action has been initiated against him.

As such, it becomes imperative for process servers to anticipate any undesirable circumstances and be prepared regarding their personal safety to avoid any harm or damage. Similar to all other employees of the judicial and legal fraternity.

Following are some safety tips and suggestions for process servers to practice to remain safe in Oklahoma City:

Allow your instincts to lead you to avoid getting into a volatile situation. Turn around and quit if you are about to enter a place that makes you pause before entering. Take that as a sign that you shouldn’t be there. If you have absolutely no choice but to go in, make sure you have your cell phone with 911 on the dial screen for a quick call.

The Do’s and Don’ts of a Process Service

What a Process Server Should Not Do Ever:

A Process Server Is Allowed to Do the Following:

Process serving is no joke. This profession can be incredibly rewarding but also dangerous in many circumstances. Therefore, a process server needs to stay alert and be mindful of personal security at all times.